How the Program works
;

Davis Autism Approach consists of three parts, each one addressing the fundamental needs of autistic individuals.

Although people on the autism spectrum may have the characteristic symptoms of autism to varying degrees, they all share three basic symptoms. First, they are often disoriented, and therefore not available for learning.

The symptoms may be severe, as in a child who spends most of the time wrapped up in a private world, spinning objects, humming repetitively, or gazing into space, not responding to overtures from others.

The symptoms may be relatively mild as in an individual who seems to have severe attention problems often missing what is said, or making comments that have nothing to do with the conversation swirling around. Ron Davis recalls being in this state during the time he was autistic. He says he was “everything and nothing”, not able to sort out who he was and what separate people or things were.

The first step in opening doors for autistic individuals is to help them be more fully present in the real world so that they can begin to learn efficiently.

We help autistic individuals learn to be more fully present in this world through a process called orientation. Davis autism facilitators/coaches are trained in a variety of ways to bring about orientation, and will decide on the best method for each individual client at the time of the initial consultation.

There may be some clients who require a period of training in orientation prior to moving forward with the rest of the program; this can be done at home with the training and equipment provided by the facilitator.

Once orientation has been brought under the conscious control of the individual, individuation begins to take place, and she can then start sorting out where she ends off and the rest of the world begins. Learning can begin.

Typical children begin a developmental journey at birth, and meet what are known as ‘developmental milestones’ in a more-or-less organized and predictable trajectory and within a generally predictable time-frame.

Being in an oriented state most of the time is a requirement if these milestones are going to be met as expected. Because an autistic individual is disoriented much, or even most, of the time, development does not follow the typical pattern.

Once individuation takes place, the individual is able to move through those developmental steps. That could happen normally if the individual had enough time to let it happen spontaneously as it usually does throughout childhood and adolescence. However, the identity development phase of Davis Autism Approach speeds up the process and makes sure that it takes place in a logical, sequential, and thorough manner. 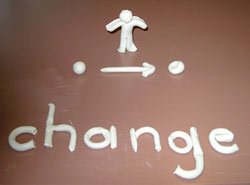 We accomplish this by leading the autistic individual through a concept mastery program which instills core concepts, necessary for functioning effectively in this world, into his identity.

We do this by using clay for creating models to represent the concepts, and then exploring the real world to see how these concepts actually work.

For example, one of the core concepts is ‘change’. First, we would have a discussion about the nature of change, and the fact that everything is always changing. Change is often a difficult issue for autistic individuals, so this discussion phase can take a long time.

Once we have agreed that everything is always changing, the client makes a clay model to show that concept. He makes something becoming something else, the definition for change that we use. He will be instructed to make both parts of the idea, first showing the ‘something’, and another to show the ‘what else’ it could become. (One example would be a pile of blocks becoming a tower.)

After that, we spend time in the real world looking for things that have changed, discussing how things became what they are, and looking to try to find things that never change. When the concept seems to be well understood we return to the clay, and the client is instructed to make a very simple model showing the idea of change (a clay ball becoming a clay ball with a dent in it).

There are over forty concepts that are mastered in this way, leading finally to the concepts of motivation and responsibility. Each concept builds on the ones that came before, so knowledge is constantly being built. 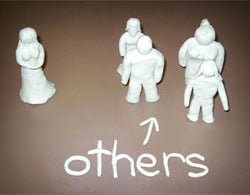 The final segment of Davis Autism Approach leads the individual into the world of other people.

Until this point, all the concepts have been mastered without regard to other people.

Now, it is time to see how the world of other people works.

Once these concepts are in place, it is time for the autistic individual to go out into the world and find her place within it.

How is the Davis Autism Approach delivered

The program may be delivered in either of two ways:

The entire program can be delivered by a Davis Autism Approach Facilitator/Coach. This is usually done in one-week blocks, and can take from three to six weeks. The individual would typically spend time between blocks allowing the concepts mastered to become incorporated into his identity. 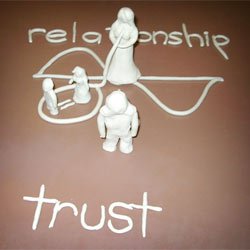 GET IN TOUCH NOW!

Explore how Beth Shier and her staff can help you or your child. We would love to hear from you!